Every Newfoundlander's second favourite pastime is complaining about the weather. I'd guess it's because we're always ten minutes away from the outdoors turning into bullshit. April and May weather is particularly suspect, since at any moment a swelling spring can flaccidly flop back into winter. Even in an unseasonably warm year like this one, it's hard to trust spring. Break out the deck chairs, but don't put away the shovel and Polaris jacket quite yet.

That said, the recently beautiful weather has me pining to get out and enjoy it while it's still here. But, little things like my writing career and day (or more accurately, night) job prevent me from taking time off to gallivant around the wilderness. Instead, I'll turn to the two favourite recourses of the trapped modern worker: nostalgia and the Internet.

I have a bunch of wintry photos ready for the blog, but I'll let them wait until I'm certain that the snow isn't biding its time until an ambush on May 24. For now, I'll take us back to last summer and an off-the-grid hideaway called Black Lake. 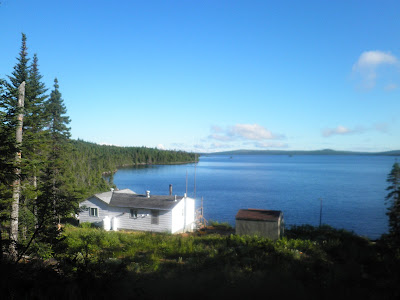 This place greeted me after about 700 kilometers of highways, back roads, and woods roads. Having spent my teenage years in Central Newfoundland, I'm no stranger to highway driving. Back then, my buddy Jean Claude Grand Am could push me back in my seat with the force of a roundhouse kick. Nowadays, the trickiest part is getting my 90-horsepower muscle car to maintain the mandatory speed of 20 km/h over the limit. 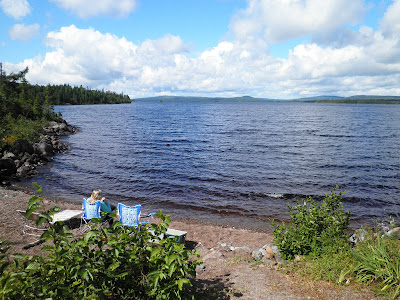 To the left of the cabin there's a small sandy beach, a rarity in Newfoundland. The water is no more than neck-deep for several hundred feet out, making this cove perfect for swimming. And, the winds off this large lake help deal with the deadliest animals in Newfoundland: flies. 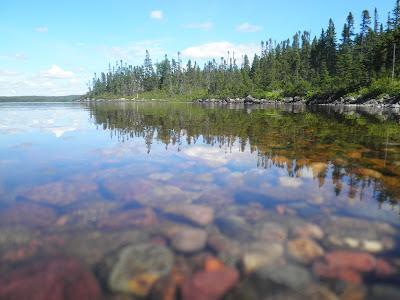 Well, it isn't always windy, a trait that separates Central Newfoundland from St. John's. To the right of the cabin, the semi-private cove continues. I say “semi-private” because you can barely see the roof of the nearest cabin near the end of the point. The first day I was there, the neighbours came over bearing bacon-wrapped scallops and tips on where I could get cell reception. With strangers like that, it's small wonder that Newfoundlanders never truly leave the island. 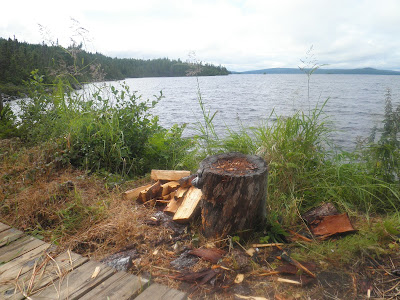 Black Lake has no electricity or amenities. The cabin itself is fairly advanced, featuring propane heat, a pump for indoor plumbing, a gas-powered generator, and a solar battery. That said, a lot of the energy comes from old-fashioned axe and bucksaw. There's no shortage of windfall trees, and a campfire just isn't a campfire if you don't make your own splits. 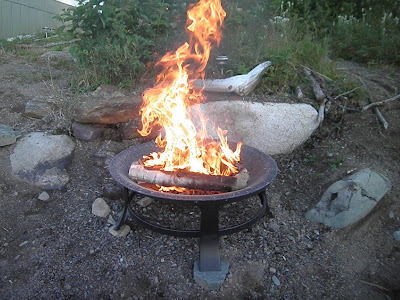 This campfire certainly is a campfire. A few birch junks turn kindling into a towering inferno. Thanks to its natural oils, the bark—or “rind”—burns hot and fast. The fire looks impressive, but it's not practical for cooking until the heat dies down. I've never had any success making marshmallow flambé. 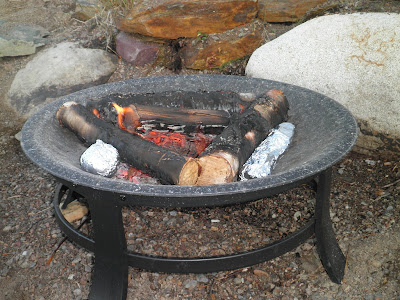 After the kindling turns to coals, the indirect heat is more than enough to roast meat. Cooking in a fire pit has a charm that even barbecue can't replicate. To the left is an onion with butter, and to the right is a pork tenderloin rubbed with extra virgin olive oil and seasoned with salt, pepper, garlic, and rosemary. Next time I go to the cabin, I'll document my recipe and technique. I'll call it “Iron Age Chef.” 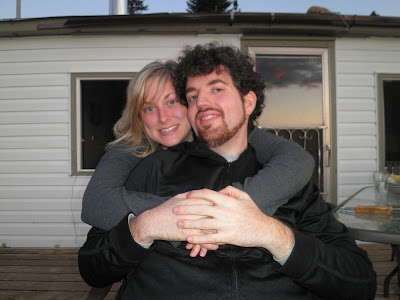 After eating, Nicole and I enjoyed the sunset. If you're wondering, I'm the rugged one with the chiseled jaw. 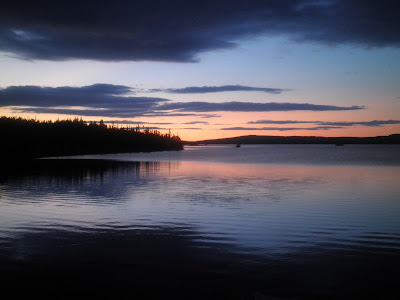 And what a sunset it was. 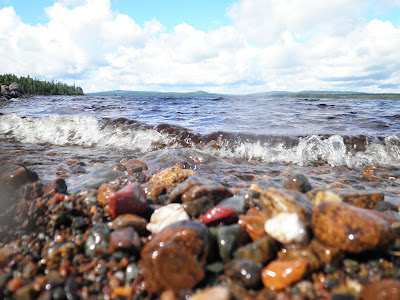 View my complete profile
From St. John's, Newfoundland, to the world of the Internet.

My life consists of writing, cooking, exploring, and photographing everything (except writing, because that would be boring).